You Have the Right to Buy some Shares… Soon! 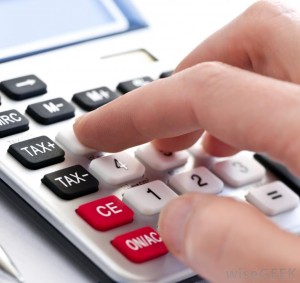 In my latest article, I mentioned stock options as one of the interesting perks in working for a startup. But the truth is that it is not really easy to understand as an investment instrument, and you can easily find a lot of resources how stock options work from the employer standpoint, and not that much from the beneficiary’s point of view. In addition, there are different mechanisms in different countries, with different tax systems, and it’s very difficult to understand. So let me try to explain stock options in Belgium. First of all, let’s talk about shares. When you create a company, it must have a starting capital, a certain sum of money in the bank to let you invest to start your activity. Typically, this starting capital is the only value in the company, so it also corresponds to its valuation. In Belgium, the legal amount to start a limited liability company (SPRL) is 18600â‚¬. This so-called social capital is represented by a certain number of shares, that are attributed to the founders, usually proportionally to their contribution to the initial capital. So let’s say John and Marc create the SuperCorp company with an initial social capital of 20000 euros, represented by 100000 shares. Each of them, brings 10000 euros to the table, so each of them gets 50000 shares. The value of each share is set to 20000/100000=0,2â‚¬. As the company grows, works and develops its business, its valuation increases. There is value created in knowledge, intellectual property, various assets that it may develop or acquire, and more importantly all the perspectives that it offers for the future thanks to the work that John, Marc and their employees do for SuperCorp. This created value is not financial yet. But if John or Marc decides to sell some of their shares to someone else, they will take into account the estimated current valuation of their company. Let’s say John and Marc estimate that all the work they put in is worth 80000 euros after a year, so that means the company’s estimated valuation is 20000+80000=100000 euros. So each share is now valued at 1 euro. It is all virtual until someone is willing to buy some shares for that price. Let’s say Simon comes in and proposes to buy 20% of the company at the current estimated value. One way to do this transaction is to transfer some of the shares of the founders to the new buyer. So for example, Marc and John could sell 20% of their shares to Simon, and we would end up with the following capitalization table:

Here, the total number of shares doesn’t change, John and Marc each have less shares in the company, but each share is now valued at 5 times its initial value. The problem with that mechanism is that the company doesn’t get any money in that operation. John and Marc personally sold 10000 shares each and they received 10000â‚¬ each in the process. So basically Simon just bought a right to ownership of a part of SuperCorp, but won’t participate in its investment. Let’s say Simon is an investor, and his goal is to buy some shares of the company in exchange for some financial capital for the company, in the hopes that SuperCorp will use this new financial capital to increase its valuation even further and allow Simon to sell his shares with a premium sometime down the road. One way to do this is to create new shares of the company instead of selling existing ones. If John and Marc create 25000 new shares and sell those to Simon, he will own 20% of the social capital, which is estimated at a value of 20000 euros. So we will end up with the following capital table:

So at the end of the 4-year vesting period, Steve will be able to buy 2500 shares of the company for 2000 euros. Normally, within four years the value of the shares will have greatly increased but Steve will still get a preference price thanks to the warrant, and he will be able to sell those shares for a much higher price. Note that those 2500 shares will not represent 2% of the company anymore by then, because other investors will have joined, more shares will have been created, thus diluting the existing shares. But a slightly smaller percentage of a much larger cake is still very interesting. Let’s talk about taxes now. In Belgium there is a very special tax system for these warrants. The general principle is that you have to pay your taxes right when you receive the warrants. So the warrants are basically free, and they don’t have any value yet, but you still have to pay some taxes on them as if you had received a revenue. Typically, these taxes represent 18% of the face value of the warrants. So in our case, the year Steve gets his 2000 euros worth of warrants, he will have to pay taxes on a taxable basis of 2000*18/100=360â‚¬. What if Steve decides not to exercise his shares in the end, or can only exercise a portion of them because he leaves the company? Well that will be too late then: the taxes are paid, and there is no refund. But there is an upside: in exchange for this advanced payment, Steve won’t have to pay any additional taxes when he exercises his warrants and sells the corresponding shares with a bonus. So let’s say Steve’s shares are worth 20000 euros when he can exercise the warrants to buy them, he will still pay 2000 euros and sell them for 20000 euros, receiving a 18000 euros bonus in the process, on which he won’t have to pay any additional taxes. That’s a nice deal, isn’t it? Woohoo! There we are… well… almost. Because there is yet another small trick with those taxes. Basically, if Steve exercises his warrants as soon as he can to buy the associated shares, it’s more paperwork and it’s only interesting if Steve intends to keep those shares for a long time instead of reselling them right away. So to incentivize Steve to hold onto his warrants and only exercise them to sell the shares directly, there is a 50% tax discount if he commits to exercise his warrant no sooner than the beginning of the fourth year after he got them. If he takes this commitment, he just has to pay taxes on 9% of the value of the warrants in taxes, which represents a taxable basis 2000*9/100=180 euros. And what happens if he leaves the company before this commitment ends, you might ask? Well in that case he can exercise the warrants he is entitled to according to the vesting schedule, and then pay the tax difference. Last element that really makes these warrants particularly interesting: in case SuperCorp is acquired or goes public (enters the stock market), all of Steve’s warrants are automatically exercised, and the vesting schedule is simply ignored. So if SuperCorp is acquired for 10 euros per share after two years, Steve will still be able to exercise his 2500 shares and make a 22500-euro profit, even though he should be entitled to only half of his shares after those two years. There are still a couple of subtleties I didn’t mention here, but this is the general way warrants work and are taxed in Belgium. And this explanation has been double-checked for correctness by an expert accountant. So I hope it was clear enough. If you still have questions about warrants, or remarks to improve this explanation, please feel free to leave a comment down below. And in any case, don’t forget that we are hiring developers, that we have warrant plans, and that we even offer premiums for referrals. Just sayin…

Thanks for sharing this! Interesting to know that you have to pay the tax upfront.
You won’t happen to know more about the law in Germany, would you?
Who can decide to create new shares? Parties that have shares with voting rights? 50%+1 majority?
Who owns the newly created shares? Every newly created share is sold, as opposed of being distributed to existing stock holders, right?
Is there a limit on how much they can be diluted?
How much is (generally) the commission of handling/selling the shares?
What is the logic behind “in case SuperCorp is acquired or goes public (enters the stock market), all of Steveâ€™s warrants are automatically exercised” Is this the law or can this be different from contract to contract?