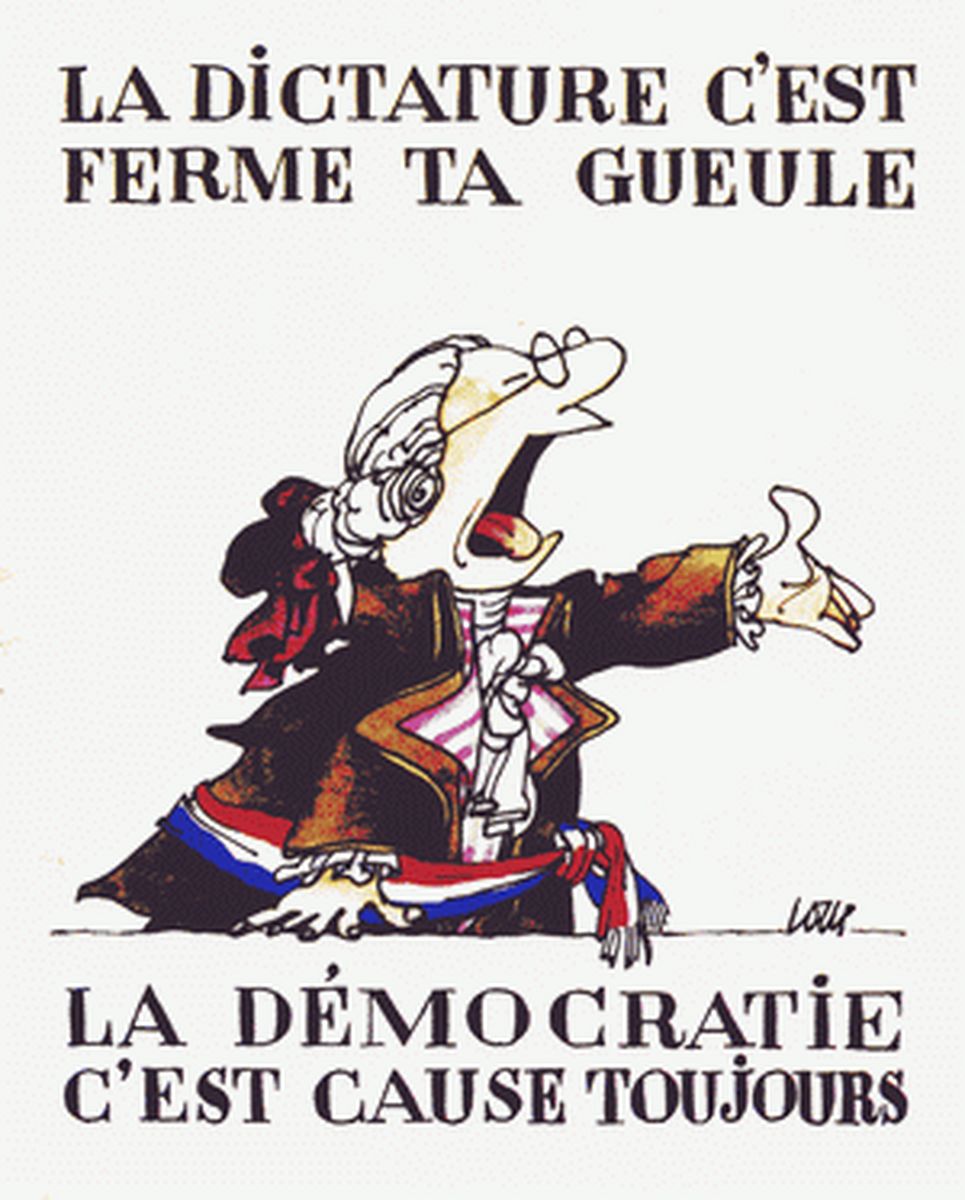 There’s been quite a few stories lately in the French news about politicians and other “famous” people demanding a regulation of the Internet. There’s been this famous publicist named Jacques Séguéla who called the Internet “the biggest crap ever invented by mankind” (link in French). Then there was Jean-François Copé, head of majority party, who said on TV that we should regulate the Internet in order to preserve politicians and journalists (well, of course he was talking to a journalist). And yesterday, Jacques Myard, one of our elected parliament deputies, wanted to “nationalize the Internet” (here), taking example on… China!